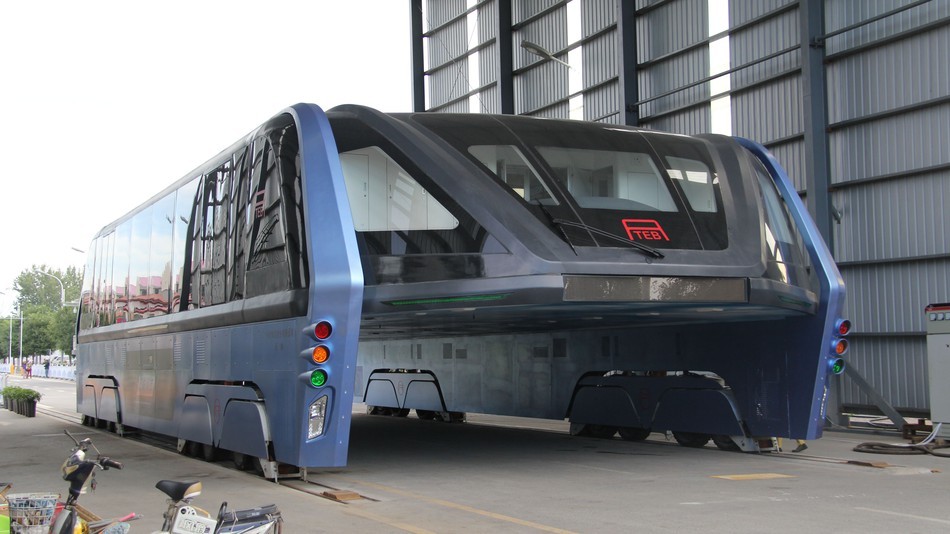 Remember that traffic-straddling elevated bus that was getting built in China?

It’s only been four months since the futuristic vehicle was unveiled to the public, but it seems it’s quickly become abandoned — and the government doesn’t want people talking about it.

In August, the makers of the TEB-1 (Transit Elevated Bus) said that the 22 metre (72 foot) long bus can hold a large load of 300 people, allowing a 2.1 metre (6.8 foot) clearance for cars to pass under its carriage.

At just 10 percent of the cost of building a subway equivalent, the idea was widely lauded as a solution to China’s congestion problems.

But despite the fanfare, the bus is now reportedly idle in the port city of Qinhuangdao, where it’s supposed to be undergoing road tests.

Nine News reports that the bus hasn’t moved in two months, according to security guards that were hired to watch over it.

Instead of solving traffic issues, the 7.8 metre (25 foot) wide bus is ironically causing jams in the city, because it’s taken up half of a major road for its trial, CNN says. 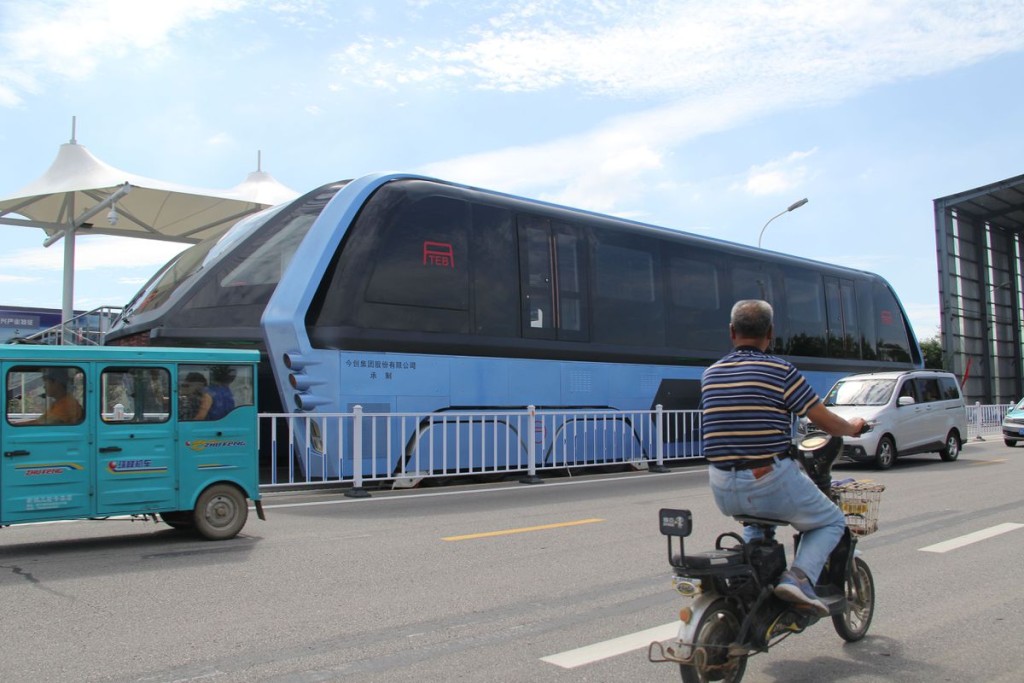 The trial was supposed to end in August, and operators said they would remove the TEB-1’s rails to restore the road, but that hasn’t happened, the report says.

Another sign the project is in trouble? Online searches for news relating to the TEB-1 appear to be suppressed.

Searching for “TEB”, “TEB-1” and “高架公交” (elevated bus) throw up no relevant or recent results on Baidu — China’s most popular search engine. Baidu is known to work with the central government in actively censoring topics.

When the TEB-1 launched in August, official media quoted Qinhuangdao authorities saying they weren’t aware of the bus getting tested.

The state-run Global Times also ran a story on the company behind the bus, Tebtech, saying it appeared to be using the TEB-1 to fraudulently raise cash via a peer-to-peer lending scheme.

That scheme promised high returns to investors, and Tebtech may have run out of funds with its ambitious promises. The CNN report quoted an employee at the Tebtech office in Beijing admitting that the company is facing financial issues. 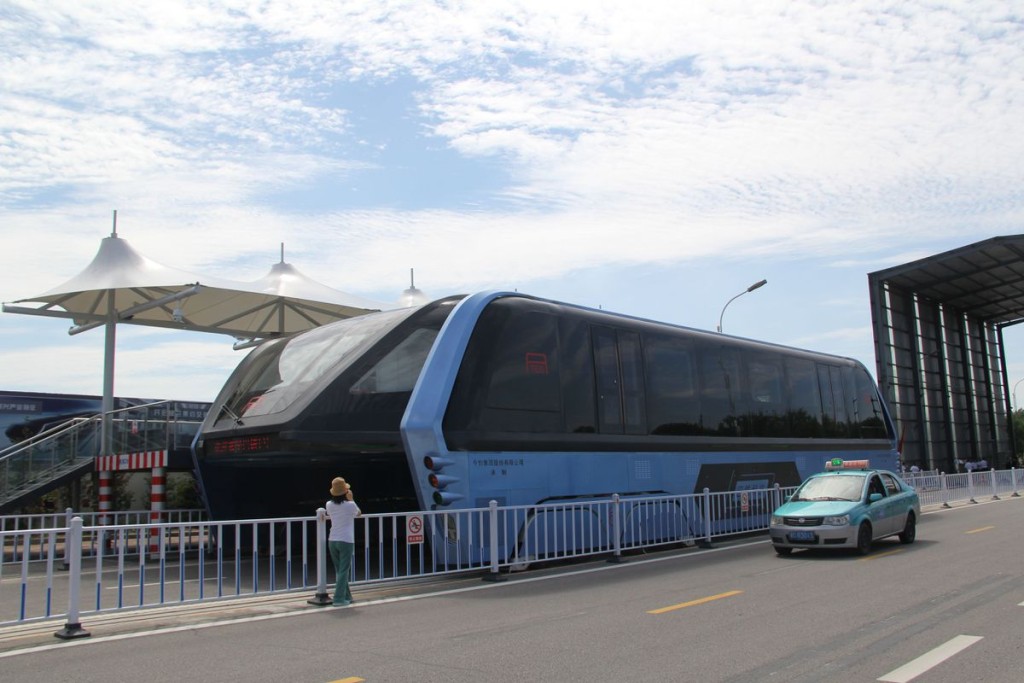