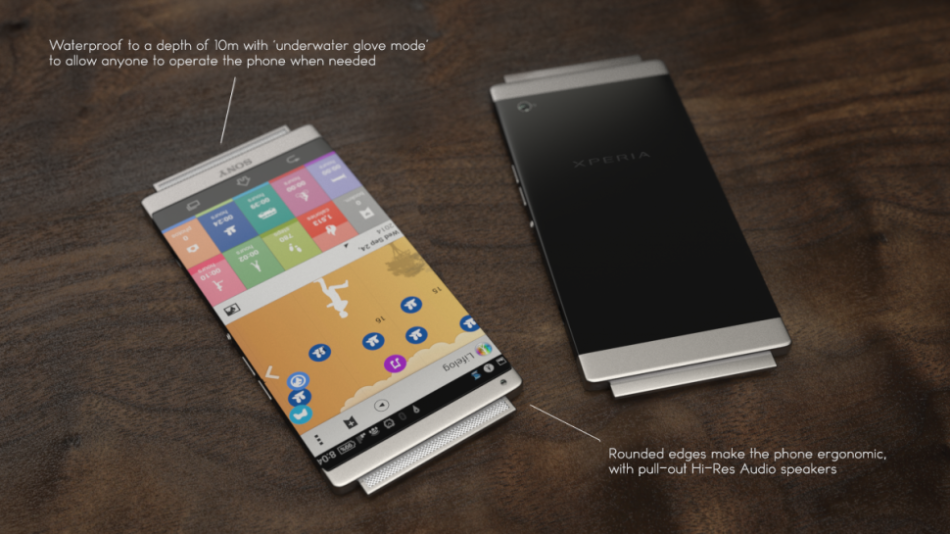 The last few Sony flagships have been minor revisions on what came before and while they’ve all been good they’ve also been a little too samey for our tastes.

We’re hoping for big changes in the Sony Xperia Z5 and we live in hope Sony is listening to our requests – it’s time for a change.

One big complication comes in the name with the Xperia Z3+ being the last launch so will it be the Xperia Z4 or will they jump right up to the Xperia Z5 as Japan has already seen the release of the Z4?

We’re expecting a launch at IFA 2015 in the first few weeks of September, so it’s not long to wait. Here’s everything we know so far about the phone

Cut to the chase 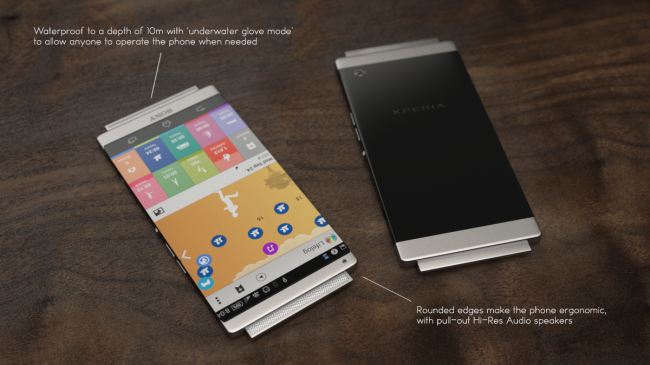 Here’s what we want from the Sony Xperia Z5. We’re talking pull-out high resolution speakers, delivering audio like you’ve never heard on a smartphone. They slide out when needed and safely hide away out of sight when not to keep the new Z5 looking slimline.

We want a slim and rounded ergonomic design that looks good and feels great in the hand. We know that Sony LOVES the bezel far too much, when in reality it needs to be thinking about something that looks good.

The screen is larger at 5.5-inches, but with a resolution boost to QHD – while we’re not going to keep harping on about more pixels, Sony’s excellent battery management means it’s insane that this brand hasn’t jumped up to the improved pixel density – if anyone can make it work, it’s Sony.

Waterproofing is back again so you can dive deep and with the ability to keep on using the phone properly while it’s submerged.

Good enough for James Bond even, given there’s no way he’d be using the Xperia phones when they look the way they do now.

We may not see much of this in the next iteration, but we live in hope, because Sony can’t keep iterating on the same thing over and over again. If it is too late for this year, there’s always the Xperia Z6.

Update: New rumours suggest we’ll be seeing a Z5 Compact and a Z5 Premium alongside the standard Sony Xperia Z5.

Nothing is certain right now, not even the name of the phone. Sony recently released the Xperia Z3+ but in Asian markets it’s called the Xperia Z4.

Sony may opt to call the new handset the Xperia Z4 to avoid confusion for US and UK customers but all the rumours seem to suggest it may just do a Microsoft and jump up a notch to the Xperia Z5.

Various rumours are suggesting it’ll be launching the next version of the Xperia Z at IFA 2015 in Berlin.

That event kicks off from September 2 so we could expect to see it launch there – much like the Xperia Z3 did – alongside a new version of the Xperia Z3 Compact.

Rumours of a showing at IFA 2015 heated up when Sony tweeted a photo of an Xperia handset taking a picture of the Brandenburg Gate in Berlin, along with the cryptic message “Get ready for a smartphone with greater focus. All will become clear on 02.09.2015”.

The date September 2 also coincides with an event at IFA 2015 hosted by Sony. 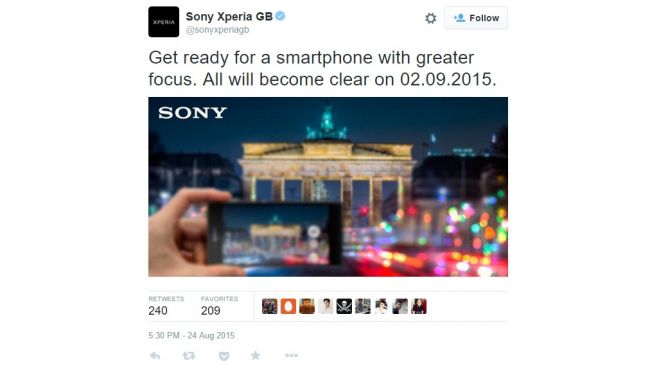 Sony also has a new James Bond movie coming out in October and rumours suggest the Xperia Z5 will launch alongside the film. The last film, Skyfall, made over $1 billion so it’s a smart way to tie into a film launch and new imagessuggest the phone is “Made for Bond”.

Expect Spectre to be full of Xperia Z5 handsets with Moneypenny screaming “BOND!” into them a lot.

Without any good leaked photos of the Xperia Z5 we don’t really know what the phone looks like right now. A tipster tweeted that it will sport a new design/identity, while a very rough render that may be of the phone and wasposted by @upleaks shows an almost edge to edge screen. 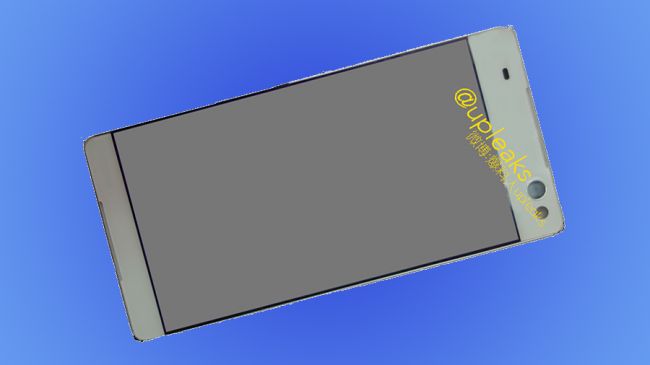 If it’s true we can expect more of the same design with sharp corners and a premium feel glass back. It’s also expected the phone will still be waterproof with its flap system over the phones ports.

Another image supposedly showing the back of the Xperia Z5 has also been leaked, this time on Weibo. It doesn’t show much but does look disappointingly similar to existing Xperia designs. Though we may at least get a USB Type C port as this was mentioned alongside the photo.

As for the screen we’ve heard mumblings that it’s set to be enlarged for this generation. Each Xperia Z handset has had a 5.2-inch 1080p display on the front but it looks like this time it’s going to be turned up to 5.5-inch with the same resolution on it.

That’ll work out at 401ppi – not great when you consider the likes of LG and Samsung have broken the 500ppi mark on their new handsets.

It isn’t quite clear whether the handset will be bigger to accommodate the new screen or whether it’ll just narrow down those Xperia bezels.

However, a new rumour suggests that there will be three versions of the Xperia Z5 released, and all will come with different screen sizes and resolutions.

The rumours, posted on the non-official Sony Georgia Facebook page, claim that we will see an Xperia Z5 Compact with a 4.6-inch screen and 720p resolution, while the Xperia Z5 will come with a 1080p screen and a 5.5-inch display.

Things get a bit crazy from there, with the Xperia Z5 Premium apparently sporting a 5.5-inch screen and a 4K (3840 x 2160) resolution – making it the first smartphone with an ultra high definition display, if the rumours are true.

Sony dedicated site Xperia Blog has discovered some user agent profiles for the Xperia Z5 that suggest the new phone will launch with the MSM8955 Qualcomm Snapdragon 810 chipset on board.

The Xperia Z3+ has suffered from some overheating problems so it looks like Sony has instead jumped onto the second version of the chipset, a much more reliable option.

Rumours also suggest the Xperia Z5 will have 3GB of RAM on board. As for the OS we can predict it’ll launch on Android 5.1 Lollipop but there’s no official word on what software it’ll support. 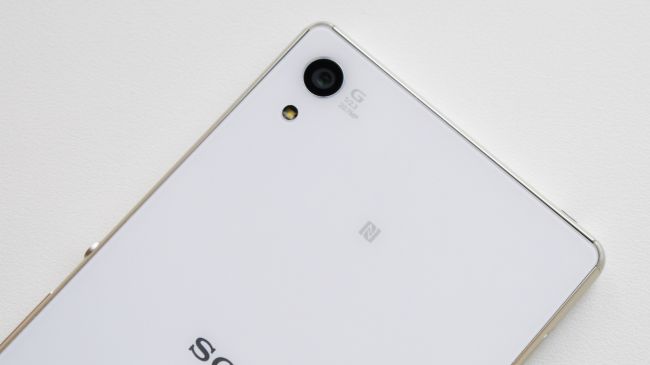 Sony always likes to make a big deal out of its 20.7MP sensor but the competitors are starting to create images just as good – if not better – so it may be time for an upgrade.

The latest rumours suggest the camera won’t change though. It’s only news of the sensor though, the software may be in for big changes.

The same source seems to think the front-camera will be upped to an 8MP sensor though meaning your selfies are set to be extra clear.

New rumours suggest the Xperia Z5 will come with an improved 23 megapixel camera with a much faster autofocus, and Sony itself has hinted at the upcoming handset getting a camera overhaul.

Possibly the biggest change to the Xperia line will be the addition of a fingerprint sensor. A leaked image appears to show a side-mounted fingerprint scanner on the Xperia Z5 and Z5 Compact, so the feature is looking pretty likely. 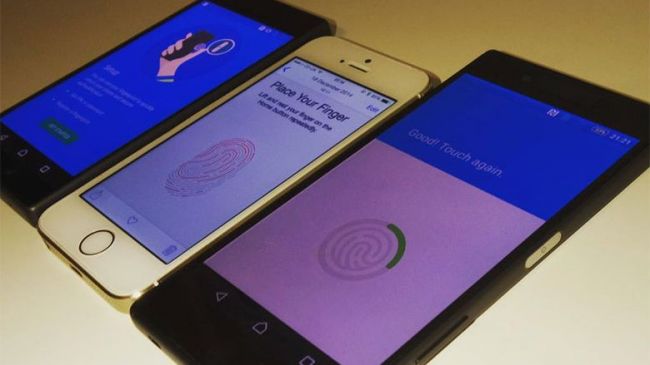 Previously Sony hadn’t seemed interested in adapting in a fingerprint sensor to the Xperia phones but even before this image there were rumors to suggest it’s coming on the new handsets, as the option has proved popular on Apple, Samsung and OnePlus phones.

In fact, it’s something Sony’s rivals have almost all introduced now so it may be time do it. Each fingerprint sensor has started off pretty rubbish on the first phone though so if history has taught us anything it’s not to expect a kickass version this time.

We don’t know anything officially yet but we can expect it to cost a similar amount as the original Xperia Z3+. The phone is currently available for $400, £485 AU$849.