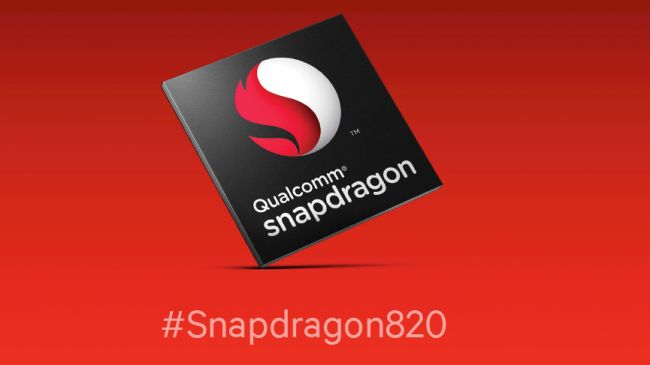 Qualcomm has launch the Snapdragon 820, its latest high-end smartphone processor and its most high-performance chip ever.

It’s gone back to the drawing board and completely redesigned its flagship product, bringing with it a raft of improvements from better battery life and increased performance, to enhanced photography and immersive VR.

Here are the nine best features the Snapdragon 820 will bring to 2016’s smartphone flagships. 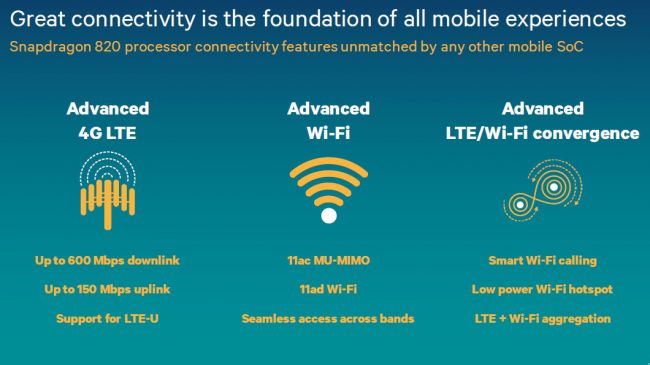 The Snapdragon 820 packs in Qualcomm’s new X12 LTE Modem, which is capable of theoretical download speeds of up to a whopping 600Mbps, while uploads can max out at 150Mbps.

That means when it comes to downloading apps, streaming video or merely surfing the web, everything will load almost instantly.

These speeds will depend on your network and the service it offers, but you can be safe in the knowledge a handset with the Snapdragon 820 will be future proofed for several years. 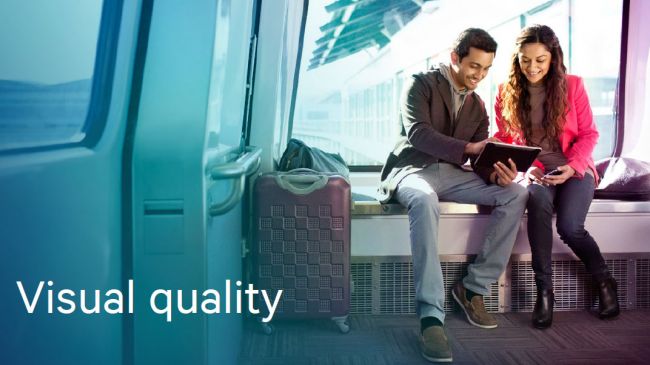 This isn’t the first Snapdragon chip to support 4K displays, but Qualcomm has continued its work to improve clarity and reduce any hint of lag in the system for a seamless experience.

The number of pixels is important, but it’s also the quality of what’s displayed. The 820 allows for more realistic colour, lighting and shadows.

Qualcomm admits 2K displays, like the ones found on the LG G4, Samsung Galaxy S6 and BlackBerry Priv, are sufficient for web browsing and general usage, but 4K screens opens up a world of possibilities in the VR sector. 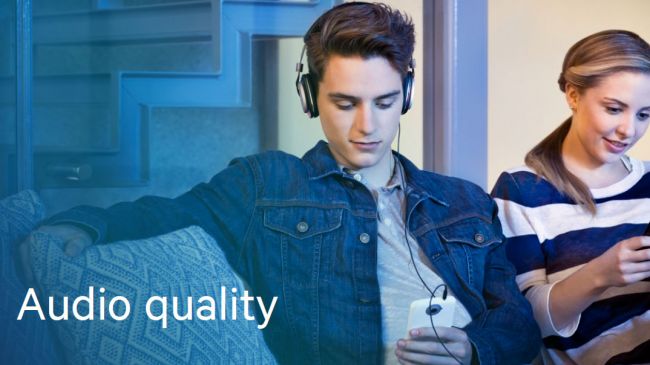 The Snapdragon 820 boasts 3D Audio, which gives the effect of surround sound through a set of headphones – even the rubbish ones included in the box of your shiny new smartphone.

It also allows you to record 3D Audio, giving your home movies a new dimension. Plus there’s an option to directionally record audio, allowing you to cut out annoying background noise. 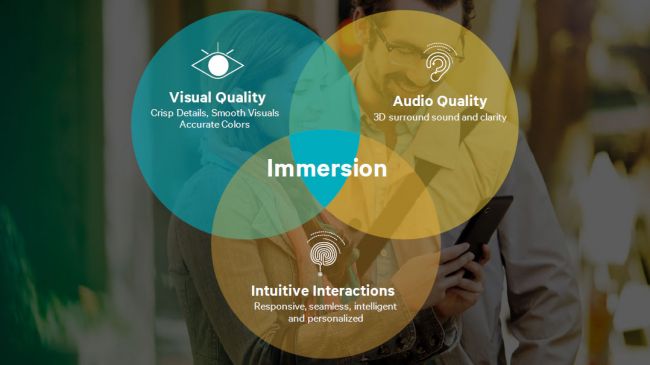 Combine the 4K screen technology, 3D Audio and powerful new Kyro CPU and Adreno GPU and the Snapdragon 820 has all the components for a properly immersive virtual reality (VR) experience on your smartphone.

The screen can display incredibly lifelike renders, the surround sound audio pulls you in and the grunt of the processors ensures there’s no lag from the sensors as you move your head around the virtual world.

Combine a smartphone sporting a Snapdragon 820 chip with a headset such as the Samsung Gear VR and you can be transported into a new level of virtual reality. 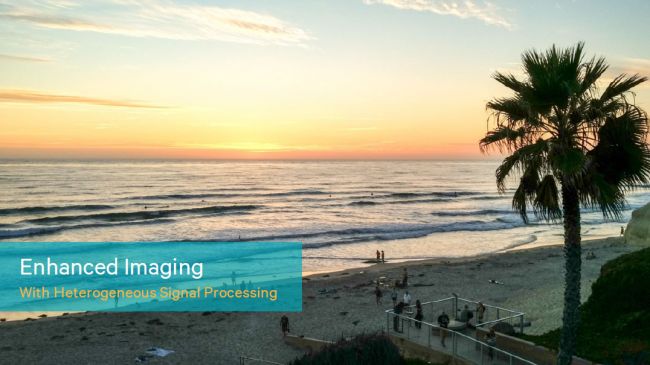 Another core area of our smartphones is the camera, and the Snapdragon 820 has a few tricks up its sleeve to help you get the most out of your phone’s snapper.

It uses Heterogeneous Signal Processing, which unlike HDR, which stitches two images together, it works round the image block by block to produce a more natural result.

Qualcomm says you’ll be able to capture images that directly mirror what your eyes see.

Your phone will also know what you’re taking a picture of, down to the person or type of food. This processing is all done on the phone – there’s no need for a data connection or cloud access, and it keeps your data private. 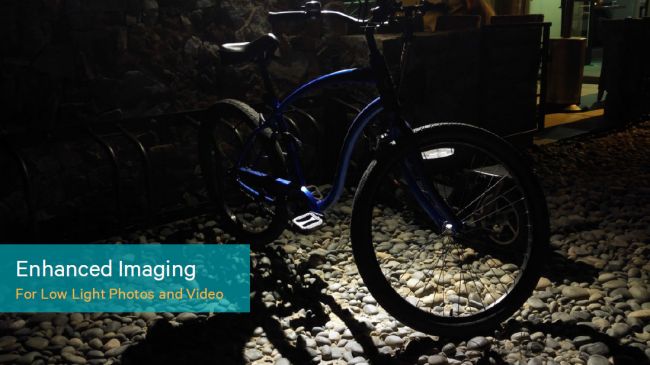 Low light photography is a pain point for most smartphone cameras due to the limitations in sensor and lens size. You can’t have the same lens and sensor as a DSLR on your smartphone – it’s simply too big.

With Snapdragon 820, Qualcomm has looked to address this with software enhancements, reducing noise and increasing detail in low light shots.

It claims it can remove noise completely from low light shots, given you a clear, brighter and more natural shot. 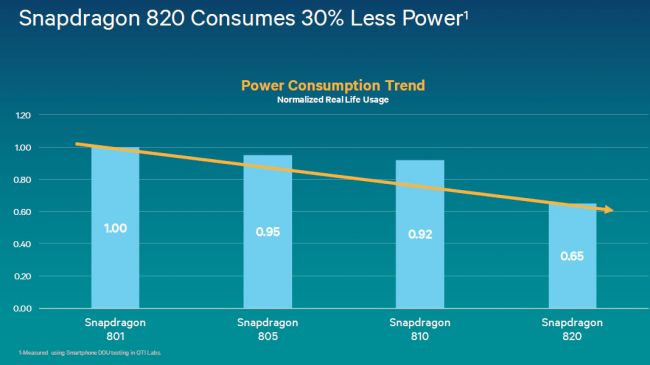 Will you get better battery life from the Snapdragon 820? “Absolutely” was the answer from Qualcomm, with the chip 30% more efficient than its predecessor.

Efficiencies have been made in all the core areas of the chip, with the CPU, GPU, DSP and modem all boasting improved performance over past offerings.

Qualcomm wasn’t able to say how many extra hours that will equate to in the real world, and it will depend heavily on manufacturer’s implementation and your usage.

The Snapdragon 820 also supports Qualcomm’s Quick Charge 3.0 technology, so when you do run low, you’ll be able to top up quickly. 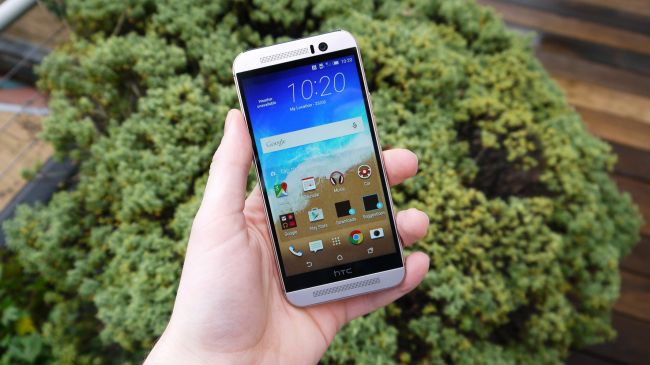 The Snapdragon 820’s predecessor, the 810, witnessed a number of reports regarding overheating issues, making handsets crash, drain the battery and get a little too hot to handle.

Qualcomm has significantly improved the thermal efficiency with the Snapdragon 820, which means your phone will stay cooler and in turn you’ll get more battery life out of it. It’s a win, win. 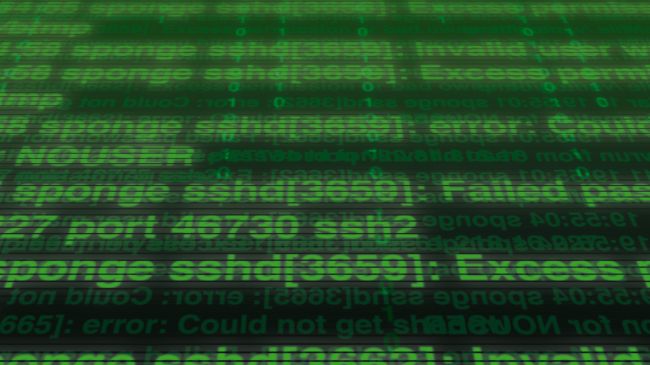 The Snapdragon 820 can automatically detect threats from rogue applications before these have even had a chance to infect your handset.

It uses what Qualcomm is calling Smart Protect, which scans through all the applications on your device and flags any that it deems may pose threat. It can provide information on the type of malware it thinks it is, as well details on what it is trying to do.

You can then use Smart Protect to remove the application safely. Some apps may appear to be uninstalled, but reside secretly in the background. These spyware applications can gather various amounts of information, such as your location, without you knowing – but Smart Protect can alert you to this too and get it removed completely from your device.

And so much more 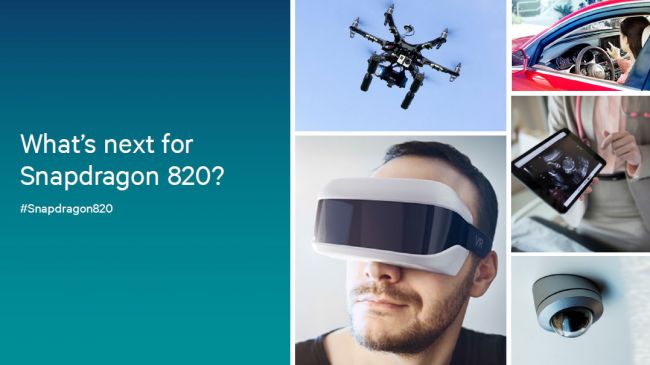 As this is Qualcomm’s most advanced chipset to date, even it doesn’t know all the capabilities just yet. It’s up to the manufacturers and developers to take the tools the Snapdragon 820 provides and craft some truly amazing experiences for us.

You can expect VR to continue to play an increasingly important roll in the flagship handsets of 2016, but our other connected devices and the Internet of Things will also benefit from the technology.

Be it connected cars, wearables or smart washing machines – the Snapdragon 820 has laid some solid foundations.