Virtuality Reality And The Future Of Music 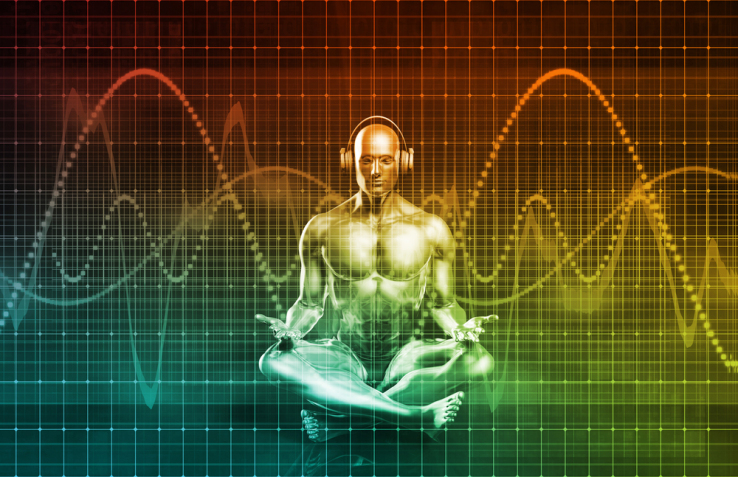 Pretty soon, you’ll be able to strap on a headset and spend a day immersed in the life of almost anyone on earth. Want to be Kanye West for a few hours, performing for a crowd of tens of thousands or hanging out with your beautiful family? Just pop on a pair of virtual reality goggles and get ready to live a superstar’s life. Tantalizing, isn’t it?

Of course, virtual reality (VR) can be used for much more than living out a fantasy. The New York Times recently partnered with Google Cardboard to distribute headsets and allow users to spend virtual time in refugee camps around the world, which proved to be a shocking and sobering experience for many.

You can watch as many videos and read as many articles as you like, but nothing comes close to be able to virtually walk around in someone else’s shoes for a period of time (short of actually being there). Hopefully, applications like this will foster a greater sense of empathy for people in tragic situations and compel more people to take action.

But, back to the fun stuff. VR has a ton of applications in music, ranging from educational to purely enjoyable. Here are a few areas where I think VR could be massive in the music space in the next few years.

Music education is often one of the first things to go when schools cut budgets, and if students have an interest in learning a less-mainstream instrument, they can have a hard time finding the resources to do so. YouTube videos and remote teachers are fine, but using VR to learn music on real instruments could be a game changer.

Students could learn anything from basic scales to complicated pieces, all while pretending to be playing for a packed house as their favorite artist. If nothing else, it can help keep them motivated to practice, knowing that they’re getting closer to headlining a show in real life. This is still a largely unexplored territory right now, although a number of academic papers and conference presentations have started delving into the subject.

Sitting in a room wearing goggles will never replace seeing your favorite artist in person, surrounded by other fans, or the energy that brings. But let’s face it — live music isn’t accessible to everyone. There are plenty of times when a band you love comes to your city and you can’t go because of a work or personal commitment; there also are plenty of people who love music but live in markets where not many artists tour, or can’t afford to see shows or have disabilities that make going to shows difficult.

I’m really excited about VR and where all of this could go.

VR can allow those people to participate in the live music experience where they couldn’t before. It also can give artists who can’t tour (for any number of reasons) the ability to play “live,” and maybe charge admission. I also feel there is an entirely new element and market that will open up here from hybrid music videos and other opportunities taking advantage of the technology, even for fans who go to the show in person.

Last year, Jaunt, a cinematic virtual reality startup, launched an app that allows users to watch Paul McCartney perform at Candlestick Park through an immersive 360-degree 3D video. The Who also launched a VR app in 2014, and lest you think classic rockers were the only ones on board with the trend, Jose Gonzalez released a music video for the Oculus Rift.

Related  The top ten games to look out for in 2016

There’s nothing worse than hearing a great track, only to find that the artist has the personality of a dead fish once they get on the stage. Likewise, lots of emerging artists don’t know how to record their music, but kill it once they get on a mic. If emerging artists could share virtual performances, DJs and A&R people (and fans) could have a whole new way to discover artists and give feedback.

Because creating VR apps is a complicated and expensive process right now, very few artists have been able to build them, and the high cost of entry currently leaves a lot of smaller artists out in the cold. But as the cost drops and the technology becomes more accessible, we’re bound to see more artists embrace it. After all, having a website or an app was once reserved for the top tier of the business, and now almost anyone can build one.

Let’s face it — live music isn’t accessible to everyone.

There are a number of companies working in the space that could be the ones to bring this to the mainstream. The Oculus Rift was acquired by Facebook, and they have a huge number of mainstream users who could adopt the technology if it was marketed correctly.

Google bought Cardboard and is doing partnerships with media outlets to make the headsets widely available. And companies like Jaunt, who produced the Paul McCartney app, are working with major brands like North Face and fashion magazines like Elle to create immersive experiences that the average person might find interesting (cliff diving, exploring a French château, etc.).

Related  The biggest tech fails of 2015: Hoverboards, Puls and more

I’m really excited about VR and where all of this could go. I’ve heard people compare where we are now with VR to the earliest days of the Internet, and can totally envision a scenario when we use VR for everything from learning about world events and history to watching DJs spin and spending escapist time as celebrities or whoever we want.

In a few years, people could play being me or hang out in the DJ booth alongside me. I can’t wait to see the new possibilities that this new technology will open up for the world.