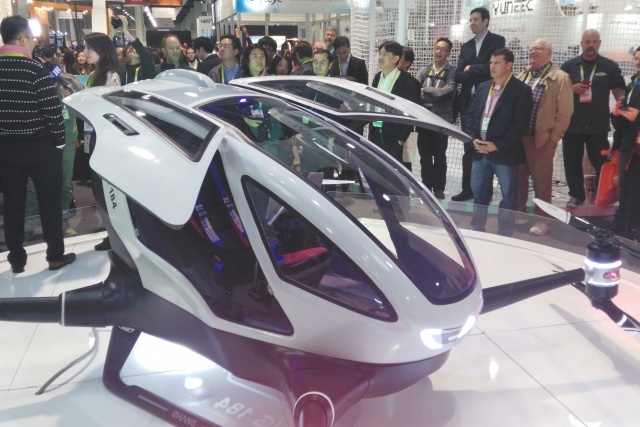 The plainly-named 184 drone is essentially a giant quadcopter designed to carry a single passenger  — and it needs no pilot. Inside the cockpit, there are absolutely zero controls. No joystick, no steering wheel, no buttons, switches, or control panels — just a seat and a small tablet stand.

To fly it, the user simply hops in the cockpit, fires up the accompanying mobile app, and chooses a destination. From that point onward, you’re just along for the ride. The drone takes care of all the piloting and navigation autonomously — so you supposedly don’t need a pilot’s license to use it. 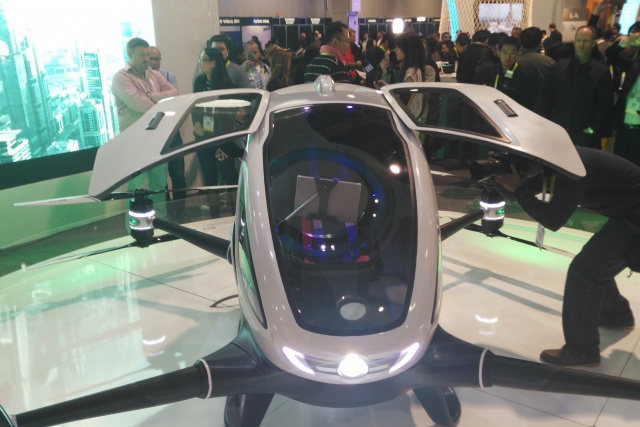 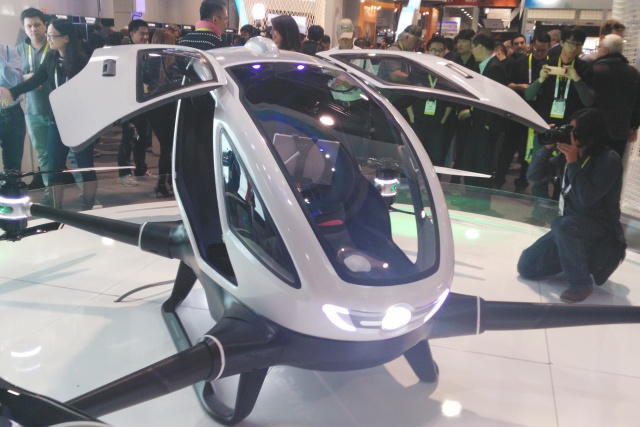 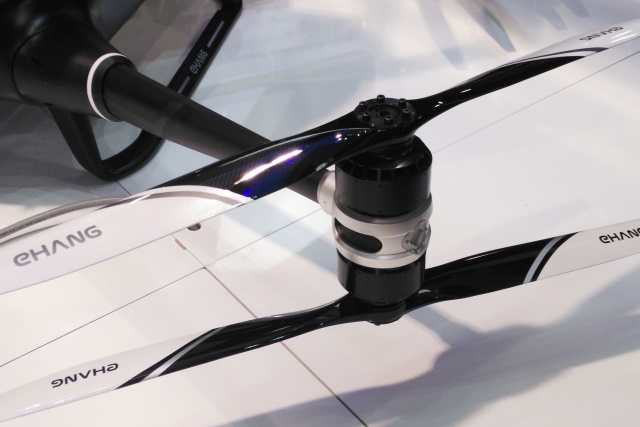 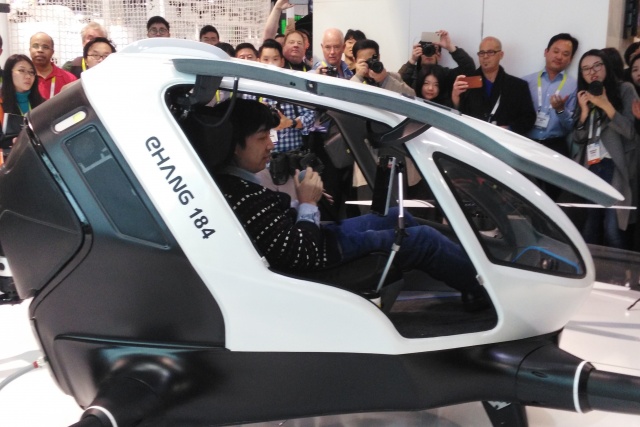 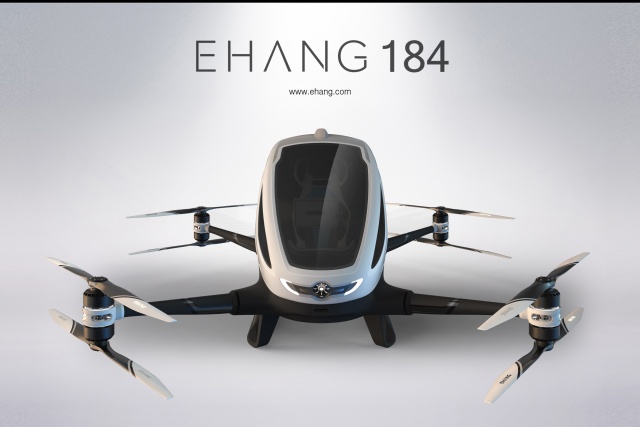 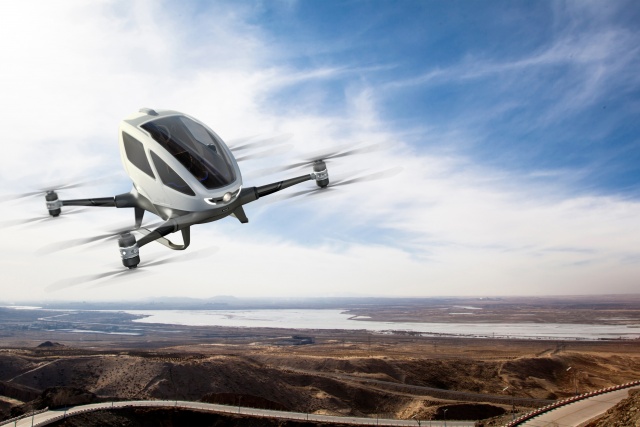 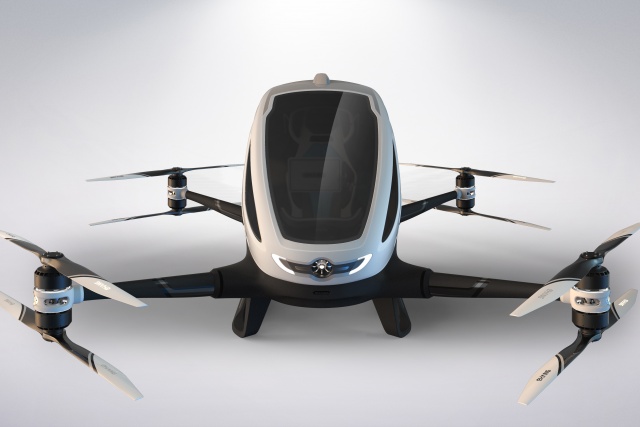 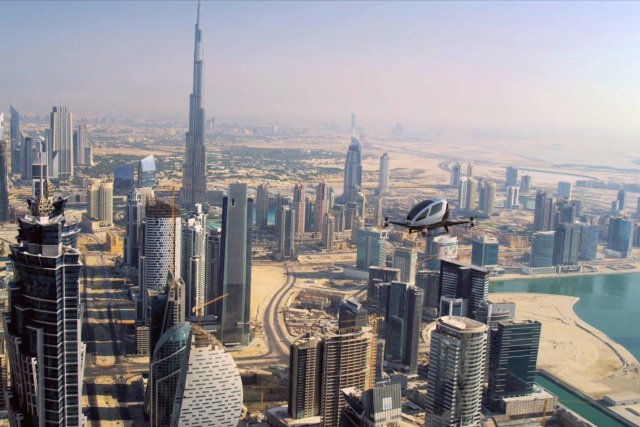 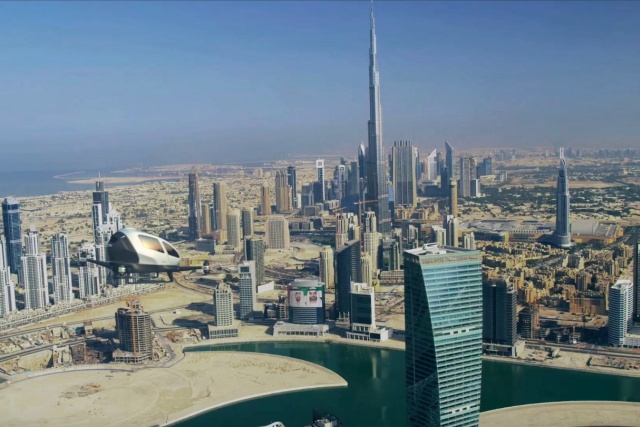 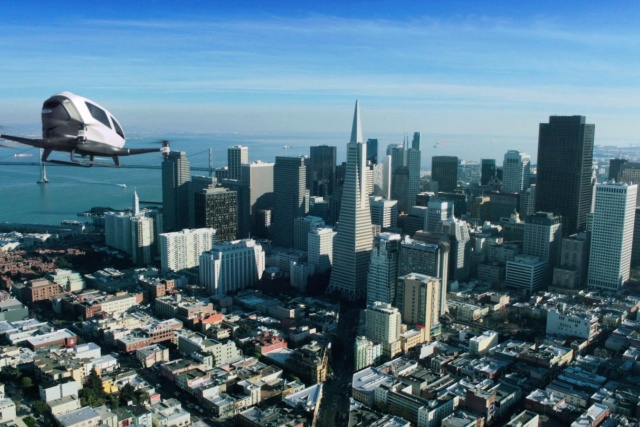 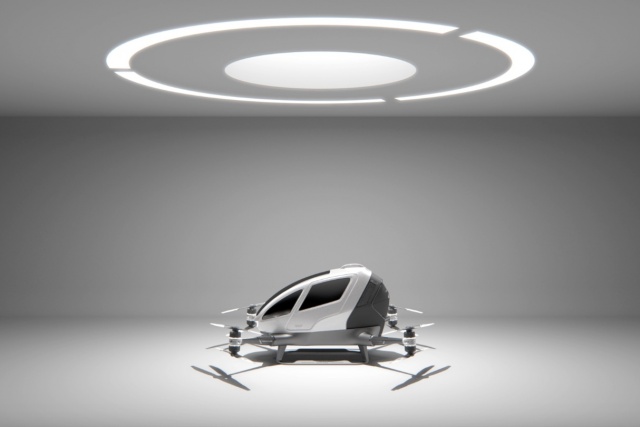 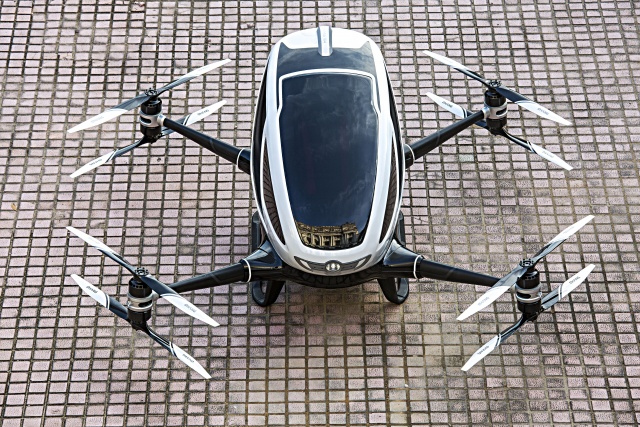 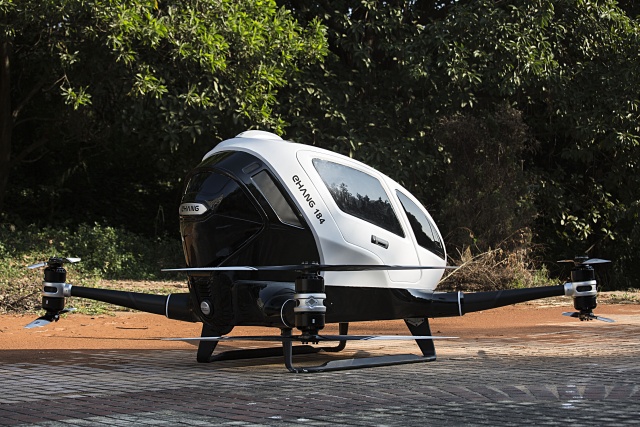 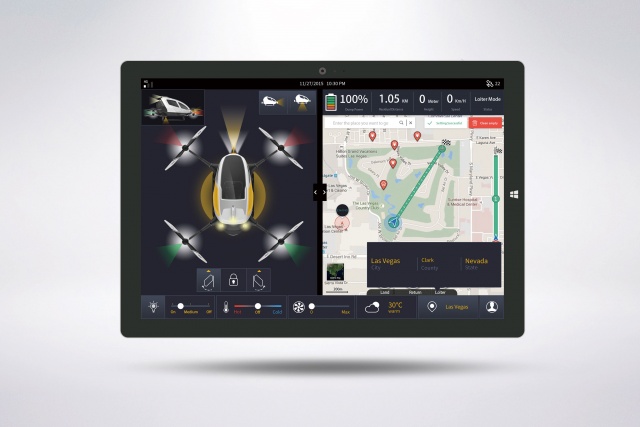 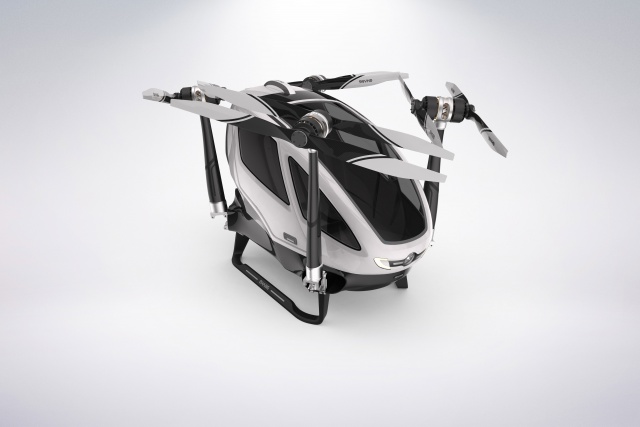 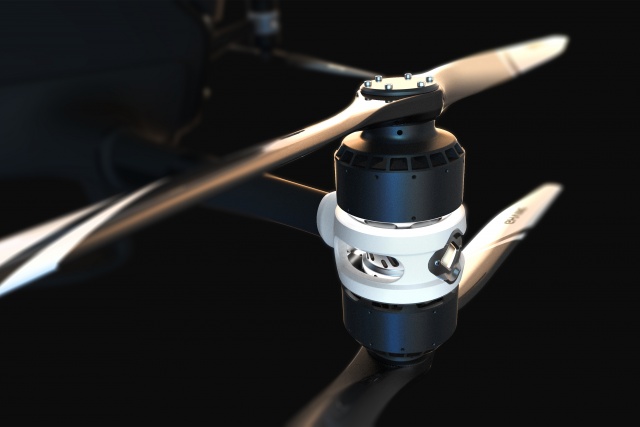 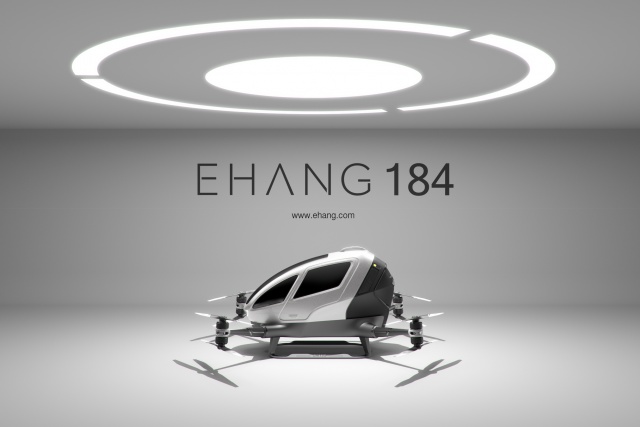 “It’s been a lifetime goal of mine to make flight faster, easier and more convenient than ever,” said Ehang CEO Hauzi Hu. “The 184 provides a viable solution to the many challenges the transportation industry faces in a safe and energy efficient way. I truly believe that Ehang will make a global impact across dozens of industries beyond personal travel. The 184 is evocative of a future we’ve always dreamed of and is primed to alter the very fundamentals of the way we get around.”

In terms of specs, the 184 (so named because it has one passenger, eight propellors, and four arms) stands about 4.9 feet (1.5 meters) tall and weighs roughly 440 pounds (200 kilograms). It’s got a maximum load capacity of 220 pounds, and has a maximum output of 106W, powered by it’s eight motors. It’s designed to carry a single passenger for about 23 minutes, at an average cruising speed of 62 miles per hour (100 km/hr).

That said, there’s currently no word on when this thing might actually hit the skies. Ehang has developed a number of working prototypes, but production models likely won’t roll out for another year or so, and after that there are no shortage of regulatory hurdles standing in the way.

I wouldn’t hold my breath while we wait for drone taxi services to start popping up in our cities, but it’s certainly exciting to see somebody working on it. Keep your fingers crossed, and we might actually see this come to fruition in a couple years time.