Garmin’s new fitness trackers are its most fashionable yet 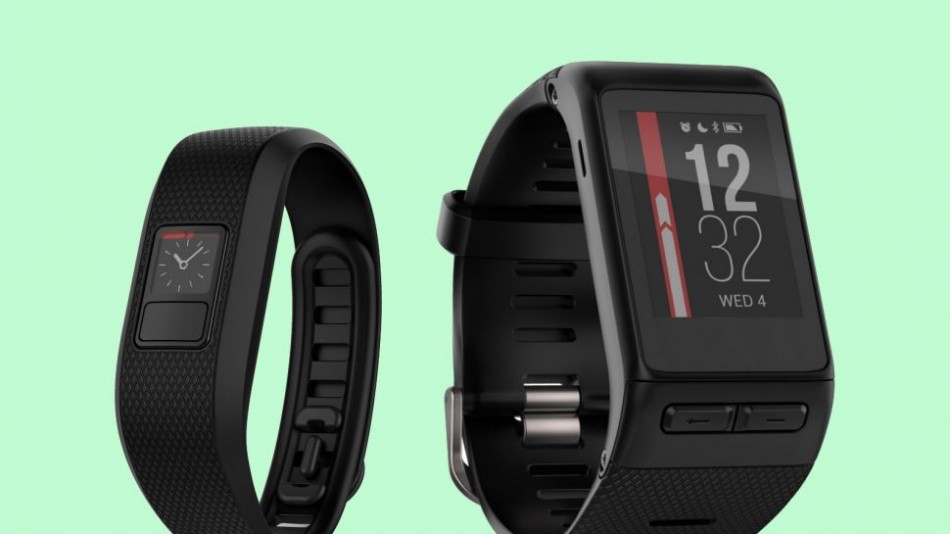 Garmin’s Vivo lineup of fitness tracking wearables has received quite the fashionable update.

Both the Vivofit and Vivoactive have been overhauled to better stand out from the crowded market with refreshed looks, promising battery life and the ability to automatically detect and begin tracking exercise with Move IQ.

This built-in feature intelligently detects what sort of exercise you’re doing. You can start walking, running, biking, swimming, or use the elliptical, and the Vivofit 3 should be able to track it without any input on your part.

Speaking of which, the new Vivofit 3 looks to carry on the winning formula put forward by Garmin’s Vivofit 2. It’s sporting the same year-long battery life, accurate step tracking and water resistance as before.

What has changed about the Vivofit 3 is its design – and for the better. The hot-swappable tracker features a smaller, backlit display, but the overall presentation looks a bit sleeker than the previous model. Much of the visual improvements don’t come with the tracker itself, but the bands you can place it into.

Garmin’s Vivofit 3 is set arrive on store shelves in Q2 2016 (anywhere from April to the end of June) and will set you back $99 (AU$159, about £69) for the most affordable package, which includes the standard black or white band (seen above). 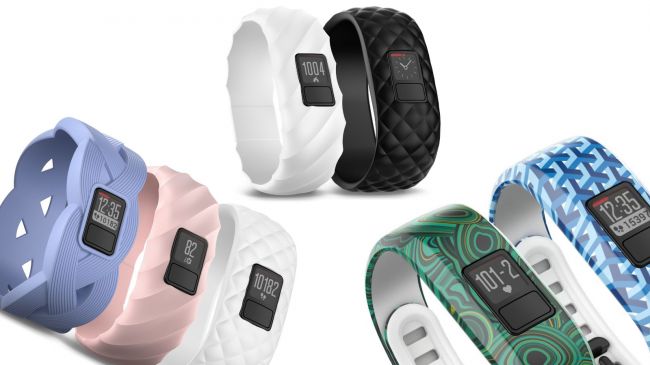 The “Gabrielle bundle” includes the quilted black and wavey white bands, but adds another ten dollars to the price tag. You can buy bands separately, too. There are just a ton of bands you can buy for this thing, OK?

Related  Coin wants to replace your wallet with your wrist

What about the Vivoactive HR?

Similar to the Vivofit 3, the Garmin Vivoactive HR – a new suffix to the name that stands for “heart rate” – touts a new and improved design over its predecessor. It resembles the Fitbit Surge rather closely, but boasts a slimmer-looking band and a more richly-detailed, colored touchscreen. It, too, features Move IQ to track exercise without any input, but goes a step further, with built-in GPS and a heart rate tracking that measures both your passive and active readings.

The Vivoactive HR is a clear step up from what the Vivofit 3 can offer. You’ll get notification support through your paired smartphone and Garmin Connect, which lets you compare activity and compete with friends, coming through on the screen.

But, with the added, more advanced features comes the worry of worse battery life. The Vivoactive HR can last for up to eight days, Garmin claims, but only if the GPS is turned off. Once turned on, it lasts a mere 13 hours – fairly respectable, but quite the difference.

We’ve reached out to Garmin for official worldwide pricing and availability, and we’ll update this article accordingly once we hear back.