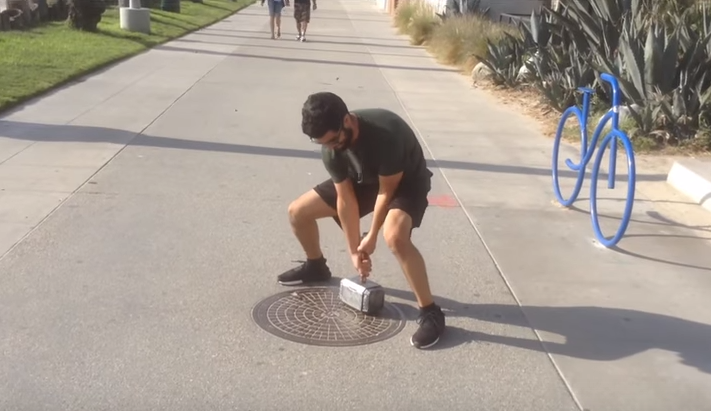 Fifty seven thousand Marvel movies later, you know the deal: Thor has a hammer (called the Mjolnir). Only he can pick it up. To pretty much anyone else, even those who are theoretically stronger than him, it’s impossibly heavy.

Bringing the concept to life, someone has built a Mjolnir… that only its owner can lift. How? MAGNETS!

Though not obvious at first glance, there’s a fingerprint reader in the hammer’s handle wired up to an Arduino Mini, a big ol’ battery pack, and a powerful electromagnet.

Sit the faux-Mjolnir on something magnetic — like, say, a big metal plate in the ground — and it locks in place. When the aforementioned fingerprint sensor detects its creator’s prints, the magnet releases and the Mjolnir can be lifted. Otherwise, it won’t budge.

(Well, most of the time. Props to the guy at the end of the video who out-clevers the crazy clever creator. I won’t spoil how.)