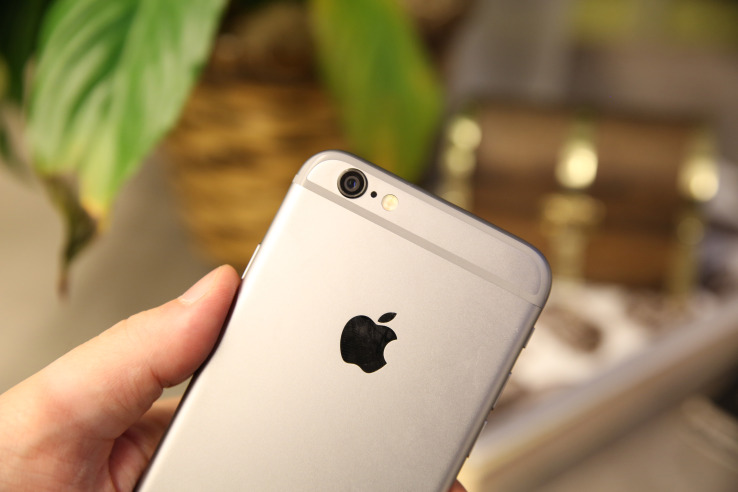 Supply chain leaks have indicated that Apple is working on an iPhone 6s, and details of the new device have been surfacing one at a time for the past few weeks. Unbox Therapy has obtained the rear casing of the 6s and meticulously compared it with the iPhone 6. Apple is reinforcing some weak points with this year’s new iteration, and the company is also switching to lighter, stronger aluminium.

With every “S” iPhone, Apple has tried to improve and iterate on its fabrication process. Today’s leak is a great example of that.

Apple has made the casing of the iPhone 6s thicker on each side, near the volume and power buttons. Unbox Therapy measured 1.9mm on the iPhone 6s versus 1.14mm on the iPhone 6. By improving the resistance of this weak points, the overall body should be less susceptible to bending.

In addition to this welcomed change, the shell is 2 grams lighter than the iPhone 6 shell. It may indicate that Apple is using a new material, confirming earlier rumors. Apple now uses 7000 series aluminium, which is both stronger and lighter. The only disadvantage is that it can be a bit more expensive, but Apple has already been using 7000 series aluminium with the Apple Watch Sport.

“The changes Unbox Therapy is showing are perfectly logical adaptations for Apple to have addressed the Bendgate situation. Clearly, adding more material around those known stress points (at the home and volume buttons) is going to improve the overall strength,” Luma Labsco-founder and industrial designer Greg Koenig told TechCrunch. “The combination of this material addition plus the rumored switch to 7000 series aluminum (which has roughly 3x the yield strength of 6061) should make the iPhone 6s one of the least bendy smartphones ever made.”

When it comes to the price difference between 7000 series aluminium and 6000 series aluminium, Apple has a few tricks up its sleeve. “Apple is buying entire smelting runs of aluminum at a time, so the cost difference for them is virtually nothing,” Koenig said. “7000 even machines a touch faster than 6000 series, but finishing and anodizing 7000 series is quite challenging. My guess is that Apple climbed the learning curve on how to process 7000 series aluminum parts with the Watch project, and is now leveraging that knowledge to improve the iPhone.”

As a reminder, some iPhone 6 Plus owners have complained that they had a bent iPhone after a few weeks of usage. It’s still unclear whether the iPhone 6 is more fragile than other phones — Apple has stated that it had received very few complaints for bent phones.

But Apple’s end goal is clear. It should always try to build better phones that tend to last longer. It improves customer satisfaction and makes iPhone owners want to buy another iPhone when it’s time to upgrade.

Apple is expected to announce the new iPhone 6s on September 9th. It could come with a faster A9 processor, a better camera sensor and force touch.