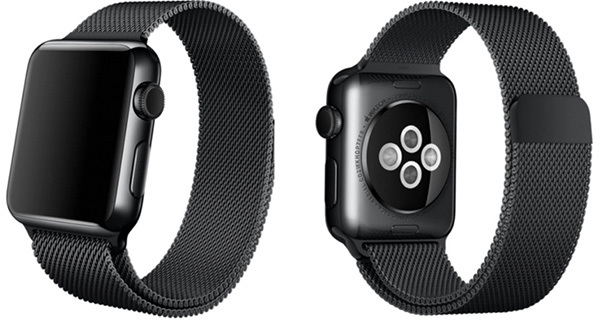 Whoops! It appears Apple accidentally leaked imagery and details regarding a new Apple Watch band, a “Space Black” Milanese Loop, which briefly appeared on various international Apple Store websites, including the one in the Czech Republic. The band was posted earlier today before quickly being brought down. Apple’s online listing didn’t include pricing details or a way to buy the band, but it did give some indication that the band would be available in a week. Apple declined to comment, when asked to confirm the band’s existence.

The description for the band matched that belonging to the currently available stainless steel Milanese Loop, but the new color would make the accessory ideal for those purchasing theSpace Black Stainless Steel case. And, as 9to5Mac noted, third-party black Milanese Loop watch bands have been on the market for some time – meaning there is likely some consumer demand for this variation.

Following its discovery on the Czech Republic Apple Store, which is poised to start selling the Apple Watch this month, the Space Black Milanese Loop was also found on other Apple Store websites, including those that run in Portugal and Hungary, for example. All the listings have since been pulled down.

It wouldn’t be surprising to see Apple adding to its Watch band lineup with this Space Black Milanese Loop option. Apple has been slowly expanding its Apple Watch collection in recent days. It rolled out new Watch bands and finishes in September, including gold and rose gold for Apple Watch Sport, and debuted an official Watch Dock in November.

Just yesterday, the company also revealed that it was releasing two new finishes for its Apple Watch Sport model (yellow gold and silver aluminum) which would each be available with bold red straps. Those special editions will only be sold from January 15 through February 22 in China, Hong Kong, Taiwan, Singapore and Malaysia to celebrate the Chinese New Year.