Thanks To Google, Your Phone Now Doubles As A Lightsaber 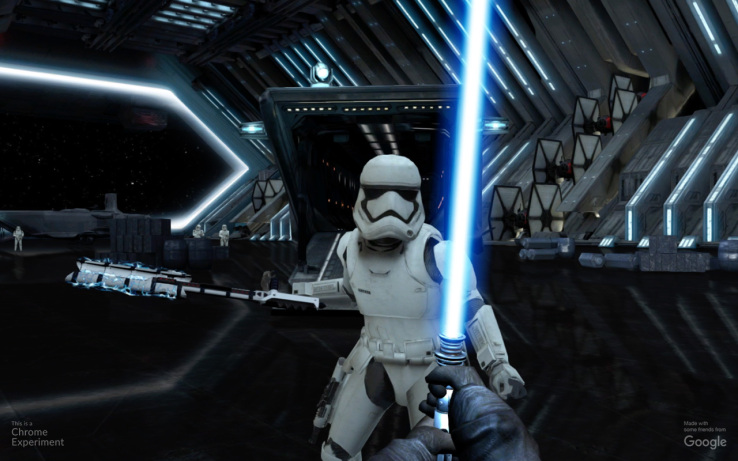 Every single time I see something else pushing “Star Wars: The Force Awakens” I roll my eyes. And then I try something else where I think “OK, that was pretty smart.” Disney has teamed up with every brand known to man to promote the film, which premiered last night in Los Angeles. One of the partners Disney has gone deep down into the bag of tricks with is Google.

Today, a new experience from the Disney, Google, LucasFilm and Industrial Light & Magic called “Lightsaber Escape” hits Chrome browsers everywhere. The promise is to “immerse” you into the film by bringing it to life through the web. If you have tickets to the opening on the 18th, I’d stick with those, as that experience will be the ultimate one, of course. 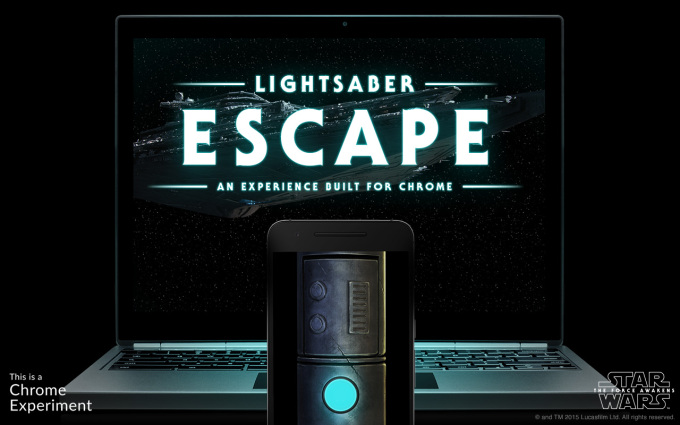 So here’s the deal. You’re in a Star Destroyer and your phone is used as a lightsaber. So yes, this involves your browser and your phone (any phone with web access and Chrome will do). You set out to do what else — battle some Stormtroopers that pop up on your computer.

Head to g.co/lightsaber on your desktop and you’ll be given a unique URL to tap into your phone’s version of Chrome. You have to “calibrate,” which only takes a second, and then you go into training mode. Keep the sound on for the computer and phone to get the ultimate experience. As you train, you’re deflecting the shots from the Stormtrooper with your phonesaber. It’s pretty neat.

Once you’ve deflected enough shots, you move on within the ship and the battle really begins. Won’t ruin it for you, try it out.

The 3D graphics you see were built with WebGL and the 3D renders pretty damn fast on your computer. The real-time communication between your phone and computer are thanks to WebRTC and WebSockets, and there’s no lag or latency that I could notice. No plug-ins needed. Yes, Google is showing off its web chops with this experience.

If you’re super into how Google did this, head over to itsdeveloper case study. If you’ve had enough of Star Wars, then maybe pass this one on to a friend. I guarantee that once you see it light up on their screen and phone, you’ll want to try it yourself.