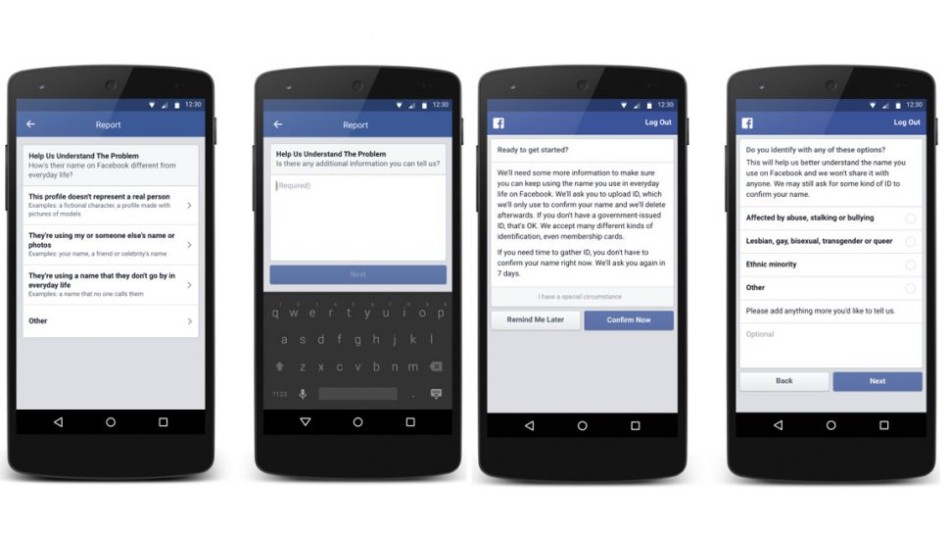 Facebook announced today that it will be enacting two new policies in regards to the names users go by. The changes aim to provide better context when verifying assumed names, in addition to increasing accountability and safety across the service.

The first policy change detailed in Facebook’s announcement is an improved reporting process for fake names. Should a user encounter such a name, they can provide context in the report, such as specifying if the person is acting anonymously or impersonating someone with fake names or profile images.

Facebook’s Justin Osofsky and Todd Gage said in the announcement that this information will better assist the review teams in understanding a reported name situation.

The second Facebook policy announced today lets users provide context for their chosen names, should they be asked to verify it. If a user changed their name due to particular special circumstances, they can add in details about their situation when verifying their name.

Some examples of these circumstances include past instances of abuse or stalking online or identifying with what Facebook specifies as “communities who are marginalized or face discrimination” such as members of the LGBTQ community or an ethnic minority.

Facebook’s new naming policy is currently being tested in a small number of users in the US, but there are plans to expand globally if feedback is positive. Osofsky and Gage said to look for additional improvements to the service’s real name policy to better serve users while preserving safety in the New Year.