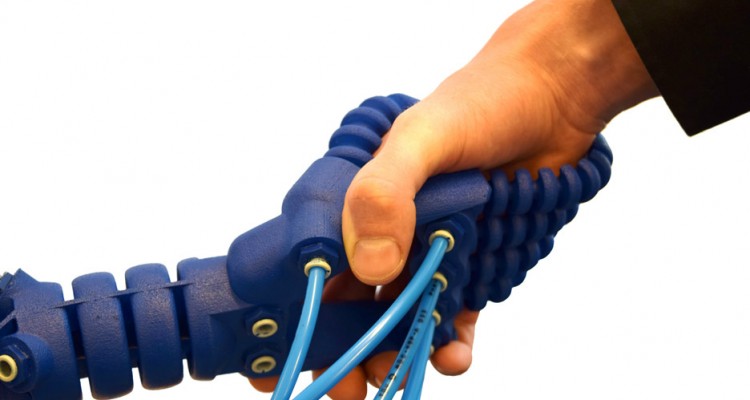 “Robots are becoming omnipresent in our lives,” says Rob Scharff, who created a 3D-printed robotic hand, that can actually shake hands with humans. And when we say ‘shake hands’, this happens through the robot’s own tactile feedback, and not some remote operated input. A graduate from Delft University of Technology, Scharff has been working on a research project called ‘Soft Robotics’, which essentially talks about upgrading elementary robotics to an advanced hybridized technology, which responds to human stimulus.

With 3D-printing, the boundaries between innovation, engineering and design are dissolving. Invention and improvisation now have endless possibilities. So far, 3D-printing has been passably successful at producing hard plasticized products as well as fairly elastic membranes. What’s new about this innovation is utilizing the same technique to create a soft synthetic replica of human hand. This hand was printed using Selective Laser Sintering (SLS), a printing process that converts a powdered raw material to a soft flexible membranous material, with the lookalike of polyurethane. 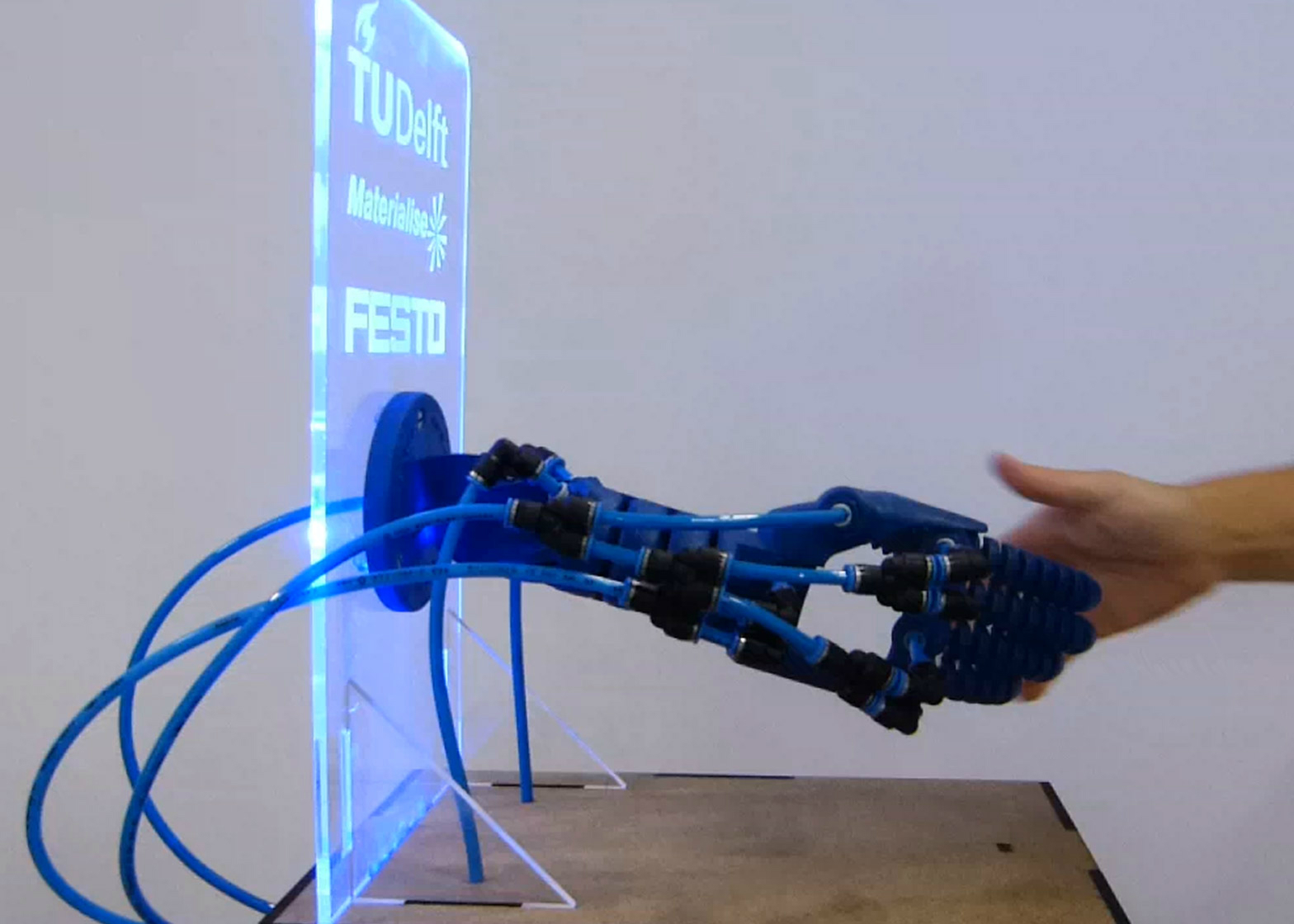 As the project name suggests, ‘Soft Robotics’ researches upon the aspects which can develop intelligent robots, which feel and look as natural as possible, respond promptly and make smooth movements. Scharff’s analysis here incorporates learning from human muscular system and an elephant’s trunk. So the prototype, in order to mimic the grip and functioning of a human hand, relies upon pneumatics. Little air chambers, engineered within the palm of this robotic limb expand and contract, in accordance to the pressure applied by a human hand. This also regulates the looseness or tightness of the fingers. 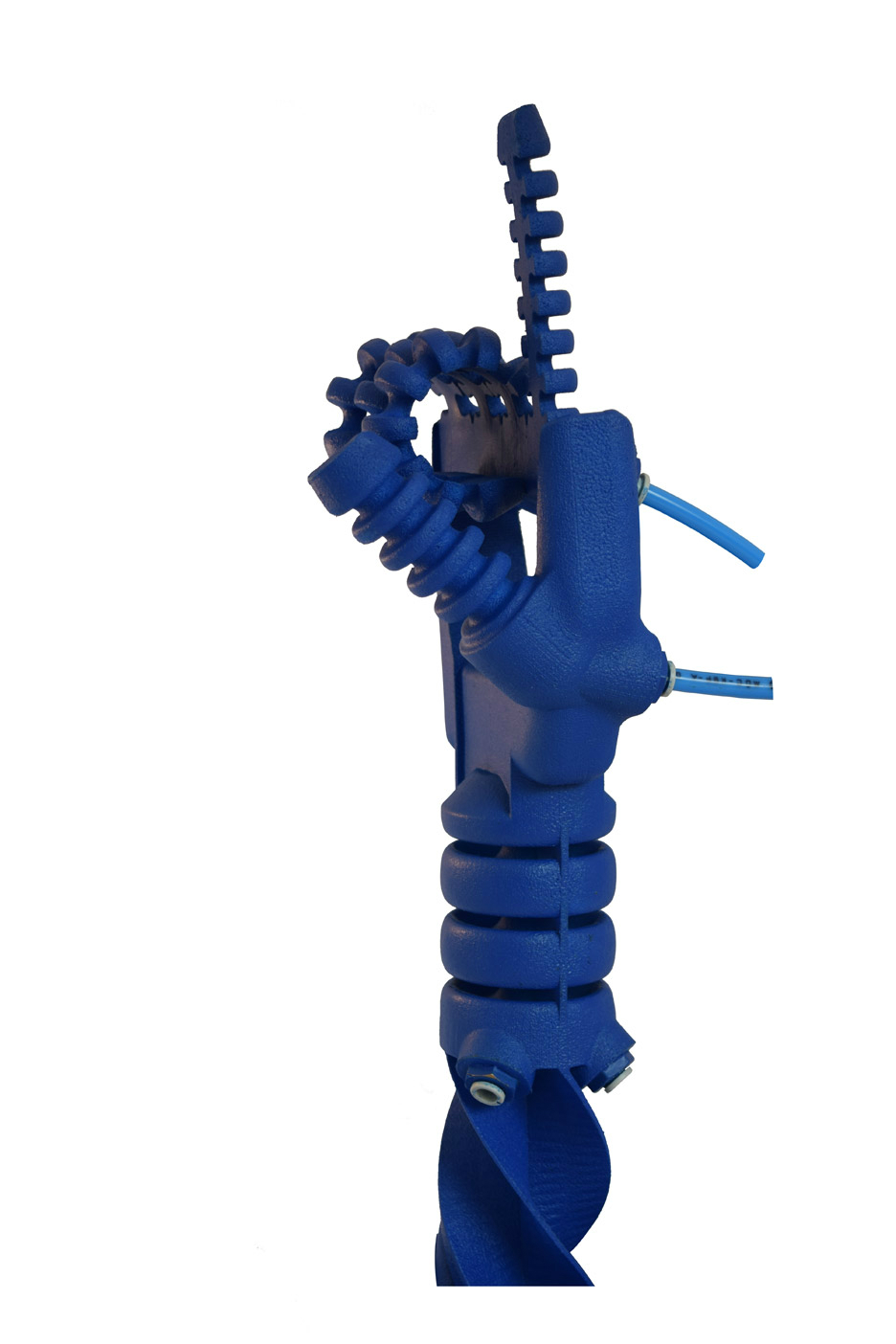 “The technology can be applied in for example orthotics, prosthetics, care robots, exploratory robots and industrial grippers. This shaking of hands is used as a metaphor to show how the technology can be used to improve human-robot interaction,” said Scharff. 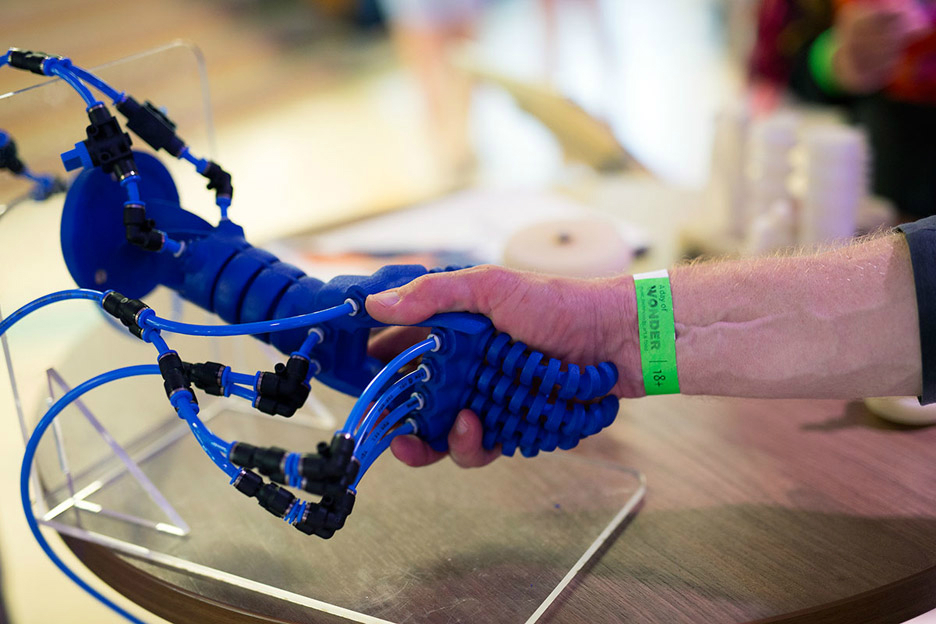 This robotic hand is an exhibit at ‘Mind The Step’ exhibition for the Dutch Design Week 2015, which ran from 17 to 25 October. Scharff’s limb prototype, at this stage is still in its nascent state. He hopes to develop 3D-printed adjustable gloves for the sensory deprived users, through rigorous research and experimentation in this area.