While we still don’t have a 3D printer in every home, use of the technology in medicine is becoming increasingly vital. 3D-printed implants made to perfectly fit the patient have a significant medical benefit, as one Australian doctor has demonstrated.

In late 2015, Ralph Mobbs, a neurosurgeon at the Prince of Wales Hospital in Sydney, met a patient who suffered from a virulent form of cancer known as chordoma.

The patient, who is in his 60s, had a tumour in a particularly hard-to-get-to location, Mobbs toldMashable Australia. “At the top of the neck, there are two highly-specialised vertebrae that are involved in the flexion and rotation of the head. This tumour had occupied those two vertebrae,” he said.

Previously, there have been few attempts to treat this type of tumour surgically because of its location and the high risk involved. If doctors do try to reconstruct the vertebrae, they normally have to take bone from another part of the body to do so, he said, but it’s very difficult to get a nice fit. That’s when Mobbs decided to turn to 3D-printing.

“I saw this as a great opportunity,” Mobbs explained. “[With 3D printing], the patient could be supplied with a custom-printed body part to achieve the goals of the surgery much better than we previously have had in our bag of tricks.”

To make the part, Mobbs worked with an Australian medical device company named Anatomics. In addition to constructing the titanium implant, the company also printed the doctor a number of models of the patient’s exact anatomy so he was able to practice the surgery before walking into the operating theatre.

While surgeons have been using 3D-printed implants for a number of years, Mobbs believes the surgery is a world first for these particular vertebrae in the neck. “To be able to get the printed implant that you know will fit perfectly because you’ve already done the operation on a model … It was just a pure delight,” he said. “It was as if someone had switched on a light and said ‘crikey, if this isn’t the future, well then I don’t know what is’.”

The surgery ended up taking more than 15 hours to complete. The patient is recovering well, according to Mobbs, but is having to deal with some of the effects of having received marathon surgery through the mouth. “It has caused him some problems with his capacity to swallow, which he is gradually recovering,” he said. 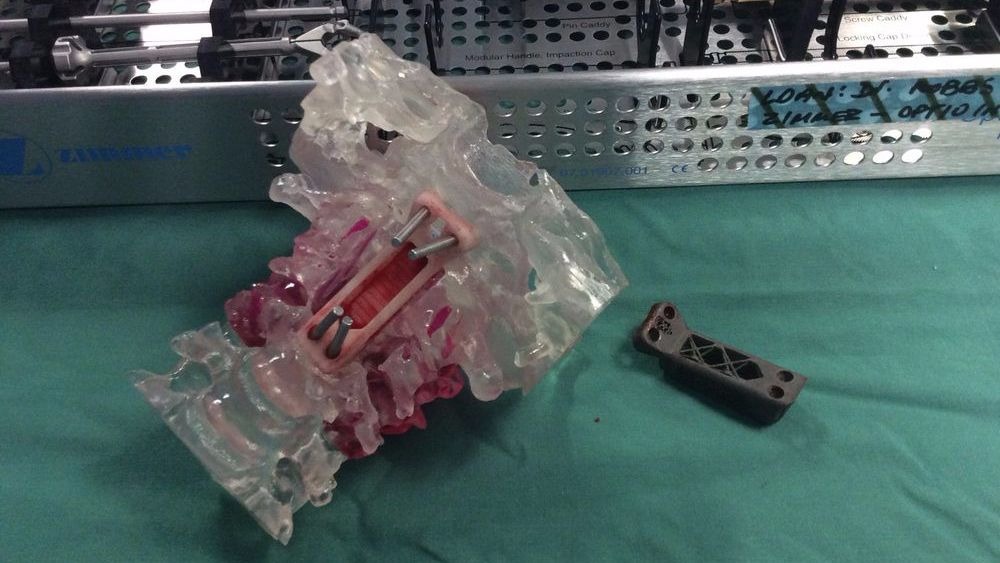 The future of 3D-printing

Mobbs is certain the use of 3D-printing in medicine will increase exponentially. “There’s no doubt this is the next big wave of medicine,” he said. “For me, the holy grail of medicine is the manufacturing of bones, joints and organs on-demand to restore function and save lives.”

He isn’t satisfied with printing implants from material like titanium, however. For Mobbs, the next step is to be able to harvest cells from the patient’s body in order to print the patient’s own cells onto a 3D scaffold in order to grow fully-customised organs. “To pre-print for organ transplants, and things like that,” he explained.

“In the not-too-distant future, given the appropriate regulatory requirements and ethical considerations, this will start happening,” Mobbs suggested. “Whether we’re printing a disc for a patient or a pancreas for a diabetic … this is within our lifetime.” 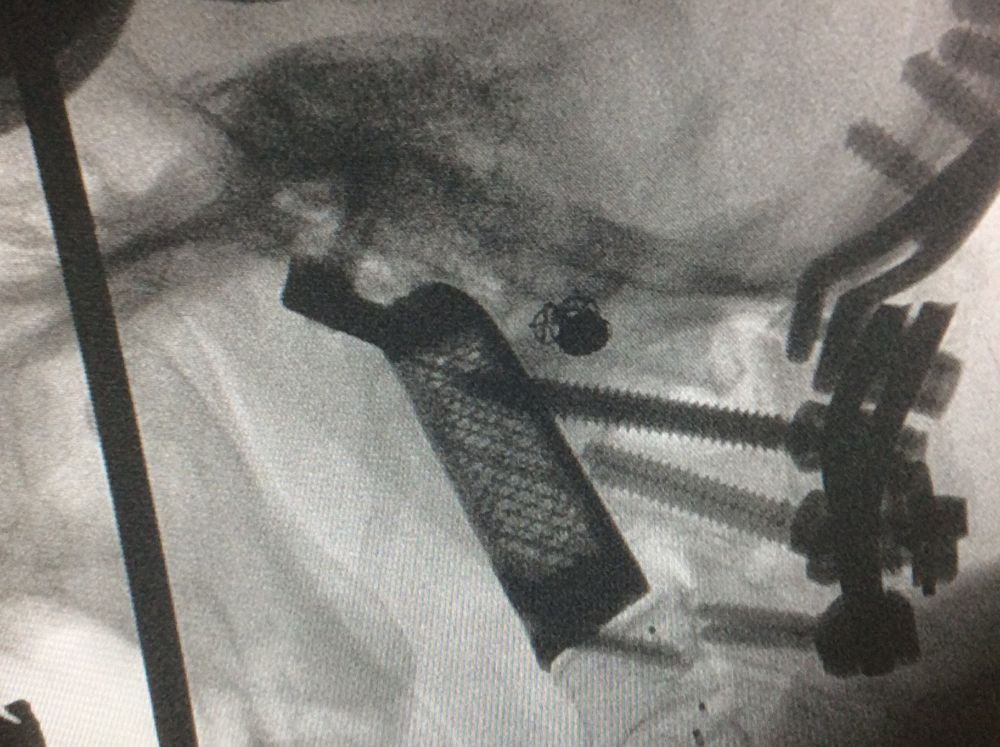